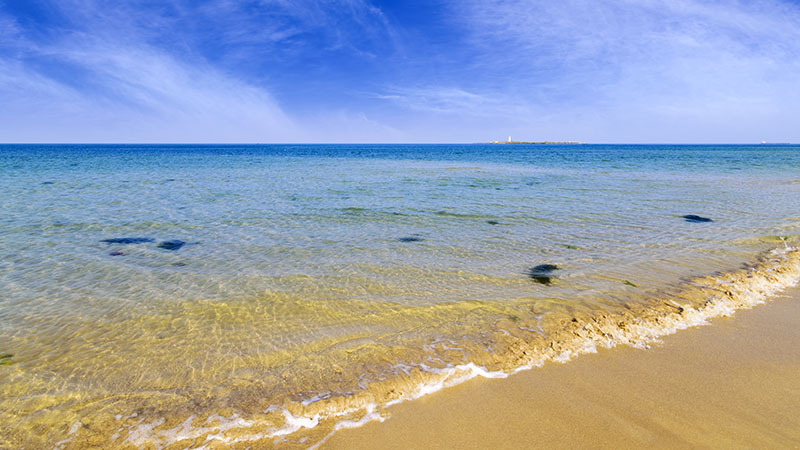 Drive to DwarkaCheck into the Hotel. Refresh. Go for the sightseeing. Overnight stay at Hotel.
Dwarka
NageshwarMahadevJyotirling:-
Situated towards Okha, this temple enshrines one of the 12 jyotilingas in India. The legend relates that centuries ago the jungle (vana) that covered this area was inhabited by a demon couple named Daruka and so it was called DarukaVana,
GopnathMahadev:-
Now popularly know as GopnathMahadev, this 6th c.shrine in NaniGop Village is one of the earliest built temples in Gujarat. Opinion is divided on whether it was originally dedicated to the Sun or to Shiva. It has a two-layered pyramid shaped roof. The high platform and the open space around the sanctum gives the temple an appearance of enhanced height. Overnight stay at ahmedabad.

Early morning go forBeytDwarkaevening come back the Hotel after little rest go for Aarti. Overnight stay at Hotel.
BeytDwarka
BeytDwarka is considered the original abode of Krishna. The island was a full-fledged port before Okha developed nearby. The main temple was built about 5oo years ago by Shri Vallabhacharya, a prominent guru of the PushtimarghSampradaya, and has an idol believed to have been made by Rukmini.
RukmaniTemple :-
Rukmini Temple, Dwarka, India dates back to the 12th century. There is a story behind this temple.

DAY 03
Somnath By a Porbander

Porbandar
Sudamapuri Temple:-
Although the temple structure is not extraordinary, it is associated with a popular tale of Krishna and his dear friend Sudama. The shrine marks where Sudama’s hut once stood and is the only temple dedicated to him in India.
KirtiMandir:-
The main attraction for most visitors to this city is the three story house where Gandhiji was born in 1869. The spot where his mother gave birth is marked with a Swastika. A narrow stairway LEADS UP TO HIS STUDY. Adjacent to the 165-year old residence is the 24 m high KirtiMadir with 79 lamps on its peak-one for each year of Gandhiji’s life.
Bharat Mandir and Nehru Planetarium:-
The Bharat Mandir is a permanent exhibition that hightlights the nature features and prominent spiritual and historical figures of India. Upstairs is the Nehru Planetrium, also know as Tara Mandir, with slighty outdated technology. Nearby are mud flats popular with migratory birds. It is a great spot for birdwatching.
Somnath
Somnath Temple Old & New:-
Somnath temple, a highly revered temple, is one of the main 12 Shiva temple in India enshrining the Jyotorlingas. The temple is constructed in the Chalikya style with a height of about 155ft.
TrivaniSangam:- TriveniGhat in Somanth is the confluence of three holy rivers namely Kapil, Hiran and a mystical River Saraswathy. It is believed that the rivers flow to the ultimate destination of Sea from here. This symbolizes the human birth, life and death.
GeetaMandir:- Gita Mandir, placed at the confluence of three holy rivers known as TriveniTirtha, is a Krishna temple built by Birla family in 1970. Mythology says that Lord Krishna walked about 4km from BalukaTirtha to here after hit by the arrow by a hunter Jara.

In the morning check out Hotel & drive to the SasanGir& Check in Hotel and go for the sightseeing. overnight stay at Hotel.
SasanGir
Davelia Park:- The Asiatic Lion is the major attraction for most visitor to Junagarh, and the Davilia Park/Gir Forest abode. As a result of excessive hunting, poaching and forest depletion, the lion population was on a dramatic decline before 1965. Currently the lion population ia at about 359.